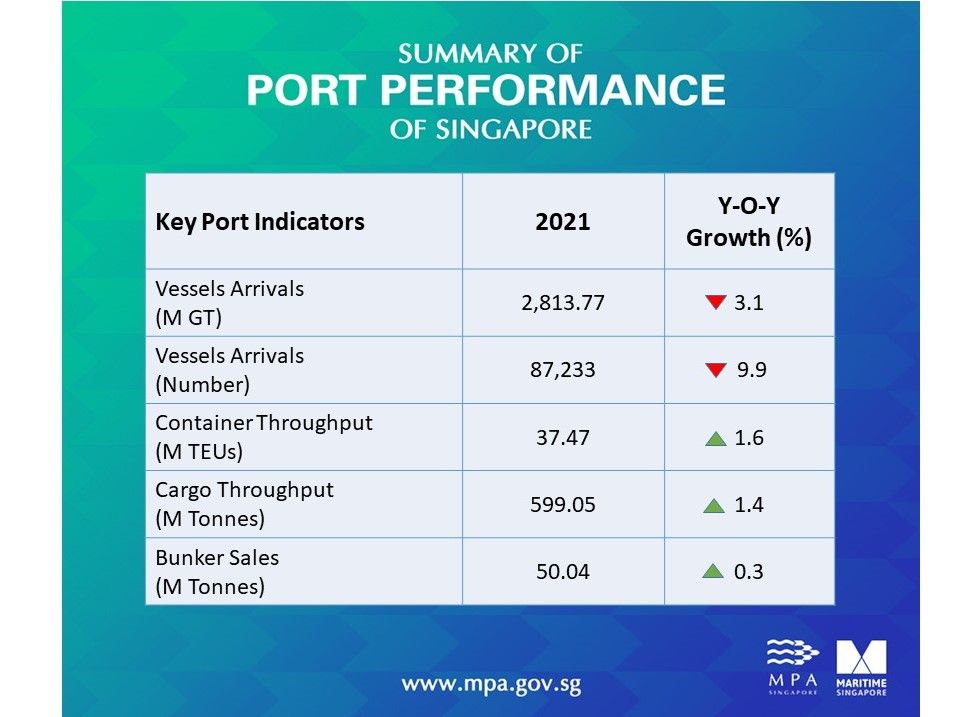 Singapore has also been ranked the top Leading Maritime City of the World for a fifth consecutive time in the international benchmarking study by Norwegian classification society, DNV; and Norwegian consultancy, Menon Economics AS. This is a strong testament of Singapore's performance in not only the port sector, but also as an international maritime centre in shipping services and maritime technology. 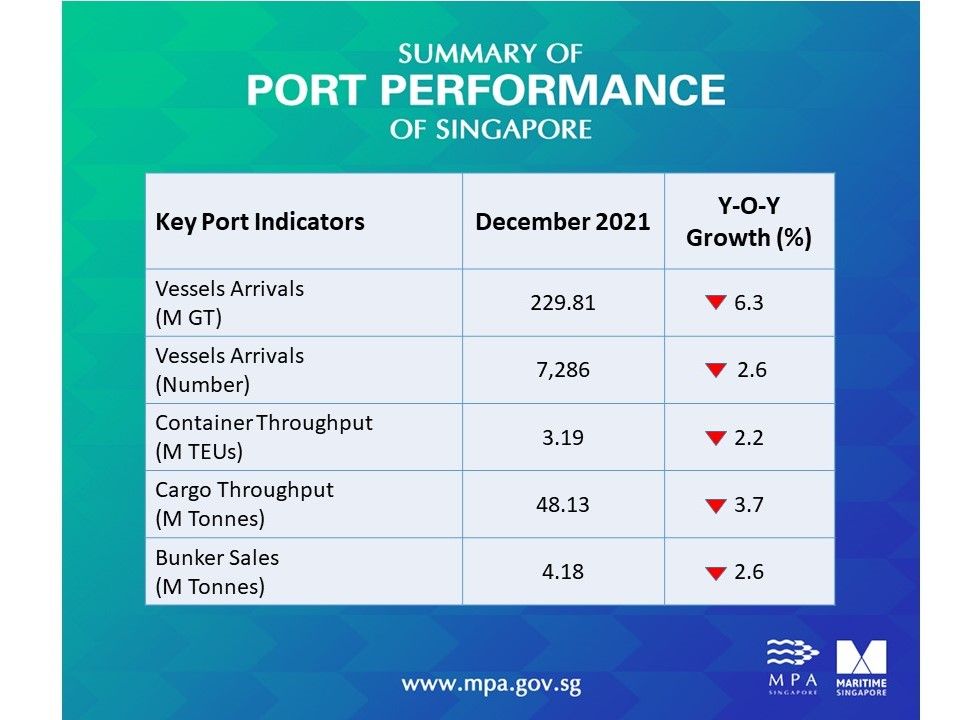 Mr S Iswaran, Minister for Transport and Minister-in-charge of Trade Relations, announced the 2021 performance of the Port of Singapore at the Singapore Maritime Foundation New Year Conversations event today. He also outlined the four thrusts – resilience, digitalisation, decarbonisation and talent – that will guide the government's efforts to advance the maritime sector and consultations with the industry and unions on the refreshed Sea Transport Industry Transformation Map.  “Maritime Singapore has shown itself to be resilient despite the challenges of the pandemic over the past two years. I am confident that the continued strong tripartite partnership between the Government, industry and unions will see us through the recovery phase and allow Maritime Singapore to emerge even stronger.” said Minister Iswaran.

Minister Iswaran also announced that the Maritime and Port Authority of Singapore (MPA) awarded close to S$3 million of funding to 8 projects involving 35 companies working together to accelerate the development of digital products and solutions for the bunkering sector. These projects are part of the first industry transformation map to digitalise the maritime industry, and will support the effort of SGTraDex in data sharing across bunkering stakeholders.

The Singapore Registry of Ships continued to rank amongst top ship registries globally, reflecting Singapore's reputation as a quality flag of choice for international ship owners. The total tonnage of ships under the Singapore flag stood at 92.3 million GT, as of December 2021.

Details of Singapore's maritime performance from 2012 to 2021 are listed below: 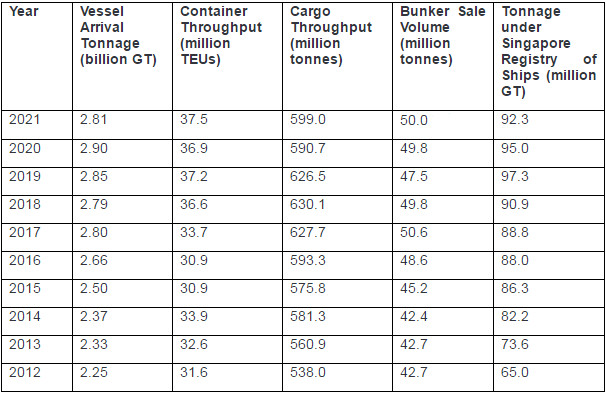