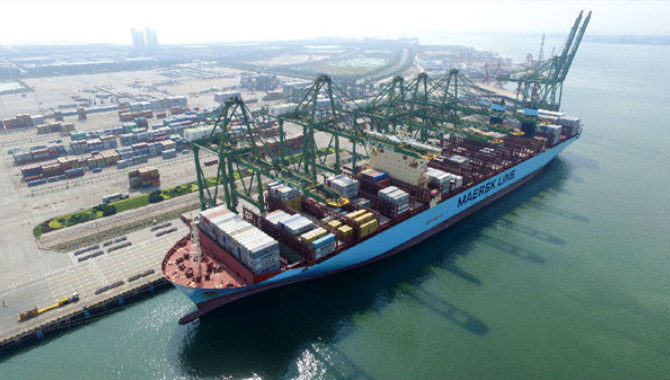 Tangshan port has become China's largest iron ore import port, steel export port and important oil and gas import base and storage center within ten years.
According to Tangshan municipal government in a press conference, Tangshan port handled a total 657 million tonnes of cargoes in 2019, while throughput of containers was 2.94 million TEU, respectively 2.67 times and 10.64 times more than 2010.
The port saw the number of berths grow to 137 from 55 in 2010, with 71 berths currently open to the public. Tangshan port's sea route could stretch to more than 190 ports in over 70 countries, nearly doubling the number in 2010.
During the key period of coronavirus prevention and economic recovery, Tangshan port managed to realize a stable rebound in cargo handling in March this year and ranked the No.2 coastal port in China in April.
In May, the port logged a robust year-on-year increase of 16.66% in cargo handling to 61.25 million tonnes, breaking the high point during the same period in history.
Tangshan city, located in the center of Bohai Bay, owns 4,467km2 of sea areas and 229.7 km of coastline, accounting for 64.3% and 47.4% of Hebei's total, respectively.
Source:sxcoal