2020-07-07 10:51By： sxcoal
Coal exports from Australia's Gladstone port to China increased by 26.38% from a year ago to 1.78 million tonnes in June, according to data from Gladstone Ports Corporation.
The exports were also a 2.04% increase from a month ago, data showed. 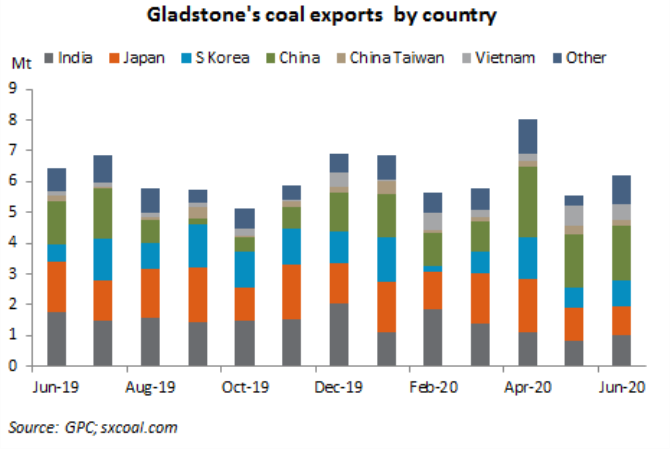