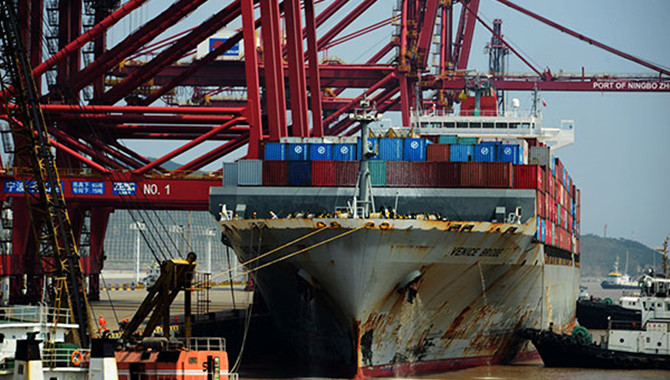 The  world's largest port in terms of cargo throughput in the past decade, Ningbo-Zhoushan, has mapped out a significant expansion to its far flung set of container terminals.
The port, which handled 1.12 billion tonnes of cargo last year, a higher figure than most national port throughputs in the world, has earmarked new areas to build another 5.6m TEU in capacity.
Consistently one of the fastest growing box terminals in the world this century, the port handled 27.53 million TEU last year.
Shanghai International Port Group (SIPG), just to the north, has now bought a 5 per cent shareholding in the port as box terminal development gets ready.
Alphaliner reports that the majority of the new box berths will come on stream at Meishan Island where Ningbo's southernmost container terminal is located.
Source:HKSG GROUP