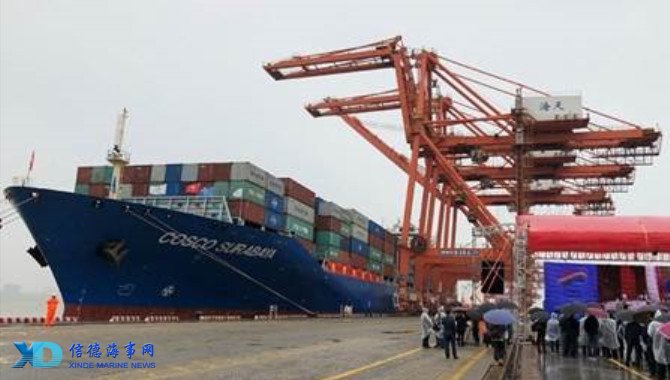 In the first quarter of this year, the container throughput of Xiamen Port reached 2.69 million TEUs (twenty-foot equivalent units), up 8.08 percent year-on-year, according to official statistics released by Xiamen Port Authority on April 22. The steady growth can be attributed to the success of the Silk Road Maritime project.
The Silk Road Maritime project aims to boost transportation linking China and countries along the Maritime Silk Road. Since its launch on Dec 24, 2018, the project has seen rapid growth.
By the first quarter of this year, the 34 named routes of the project have completed 269 voyages, and the container throughput has exceeded 210,000 TEUs, a year-on-year increase of 10.35 percent, higher than the growth of the whole port.
The project is becoming a new driving force behind the growth of container throughput in Xiamen. Five new routes were added to the project in March, and six more have been added since April.
A number of world-renowned ship companies have planned to cooperate with Xiamen Port in various respects, such as opening new shipping routes and optimizing port environment.
In addition to the development of the Silk Road Maritime, Xiamen International Cruise Home Port is witnessing explosive growth. In the first quarter of this year, the port received 32 cruise ships carrying 89,278 passengers.
Source:chinadaily