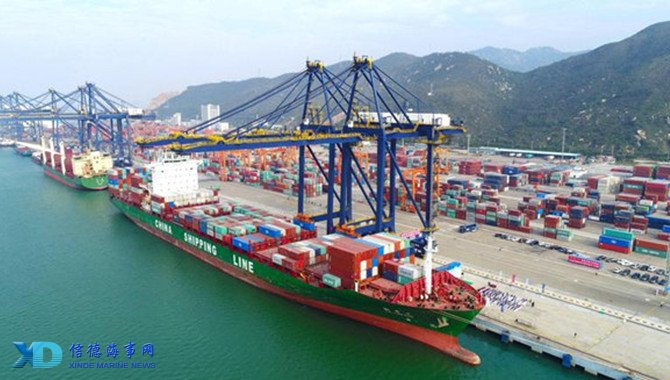 The evaluation indicia on the list showed 39 major port enterprises across the country had a combined container throughput of 161 million TEUs, up 8.85 percent, and cargo volume of 6.4 billion tons, a year-on-year rise of 7.54 percent.
Zhuhai Port has a range of development strategies for going global that include relying on the Xijiang River, establishing a logistics center, and being "smart" and green. One of its current key tasks is constructing the Guizhou (Changming) International Land Port Phase I, to be undertaken with expansion of land-sea combined logistics channels and development of container liner shipping routes.
The company intends to join the world's top 50 ports by 2021.
Sources:newsgd