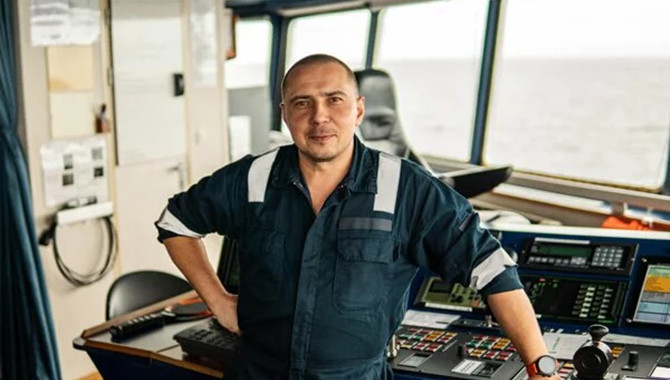 Technology has advanced to such a degree that we can often rely more on automated systems than fellow humans to ensure a plane remains in the air. But certain situations require hyper-concentration by those responsible for operations.
This is the sterile cockpit. A flight deck must avoid conversations that are not directly related to the immediate task.
Two experts from the shipping and aviation industries, respectively, outlined how this is being applied to vessels.
Speaking to the Standard Club’s Alongside podcast, former military and commercial pilot Patrick Browne explained how a ‘sterile cockpit’ works.
“It’s a concept introduced by the FAA in 1981,” he said. “There’s no non-essential conversations below 10,000 feet as a result of several preventable fatal accidents.
“This is due to a lack of situational awareness which can result from extraneous, non-essential conversation on the flight deck at critical phases of flight.”
Browne, who founded Flightdeck Safety Initiatives (FSI), a global provider of custom-designed safety training and educational systems for high-risk industries, is working with Kirby Corporation, the largest tank barge operator in the US and Standard Club member.
Jim Guidry, executive vice-president of vessel operations at Kirby, said that reducing distractions is applicable to both air and sea. However, there are important differences.

Due to the disparity in issues when comparing aviation to maritime, airlines have a significantly larger incentive to maximise safety procedures. Aviation has become a pioneer in ensuring the wellbeing of travellers and crew and the attention given to safety methods has inspired other industries.
Air vs sea
Speed disparity between sectors is significant, not just comparative operations in flight and on the ocean. Tanker ships move more slowly than aircraft; docking can also take 45 minutes or an hour. The sterile wheelhouse measures are used in these processes and can tremendously impact safety.
“So, you can have six people on the bridge, but if they’re having six different thoughts and thinking about six different actions, it’s actually as dangerous or more dangerous than one person in the wheelhouse,” Guidry said.
Sterile wheelhouses aid vessel operators in dealing with external factors. Tankers will request assistance from vessels that are helping crew on or off the dock, or in a manoeuvre, to go into a sterile wheelhouse and avoid distractions.
When the sterile cockpit was first introduced, there were growing pains. In 1989, an Air Ontario 1363 aircraft crashed shortly after take-off, resulting in 24 fatalities and 45 survivors.

The sterile wheelhouse is now changing the inherently hierarchal structure of vessels.
“It requires people to speak up, and it requires the Master to listen,” Guidry said.
Serious analysis of historical problems in navigation can also play a large role in strengthening future endeavours in safety.
“Standard Club puts particular focus on navigational incidents which, while low in frequency, are almost always high in value, rising through the IG pool layers,” said Yves Vandenborn, director of loss prevention at Standard Club.
“Analysing these incidents will reveal human error at the root, including distraction and poor bridge resource management. The airline industry is certainly a different industry altogether, but some lessons can be learnt, and we believe the sterile wheelhouse to be one of the approaches which can improve the safe navigation of merchant vessels.”
Training has shifted towards ensuring that those in charge know that information can come from any source. 60 to 80% of all accidents are caused by human influence which means crew must all work in unison towards addressing human errors.