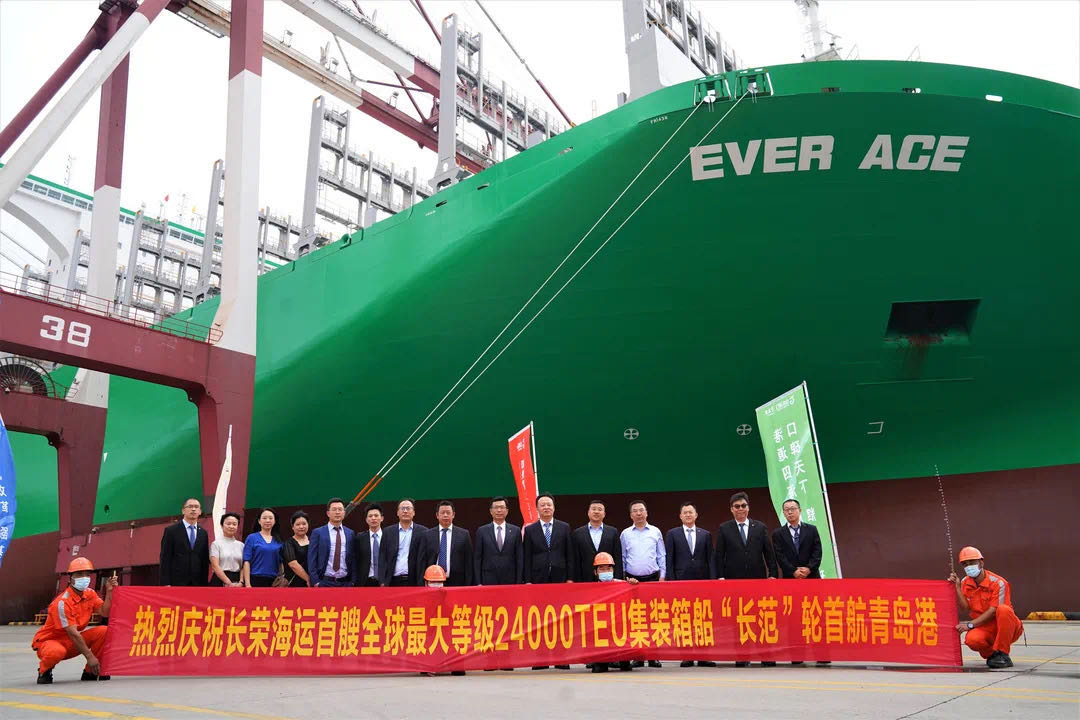 On July 30, the world's largest 24000TEU container ship "Ever Ace" built by Samsung Heavy Industries for Evergreen Marine made its maiden voyage to Qingdao Port, Shandong.

"Ever Ace" is the first of a series of 12 container ships ordered by Evergreen in China and South Korea shipyard. It was built by South Korea's Samsung Heavy Industries and was officially delivered on July 29. The container capacity of "Ever Ace" reached 23992 TEU, surpassing the Algeciras ship (23964 TEU) delivered by Korean HMM last year, and once again breaking the record of the world's largest container ship.

"Ever Ace" will be put into the European high-quality route of Qingdao Port, Shandong. And will fully upgrade the shipping capacity of Ocean Alliance European routes to which Evergreen belongs, and at the same time inject more power into Shandong Port to accelerate the construction of a world-class marine port. 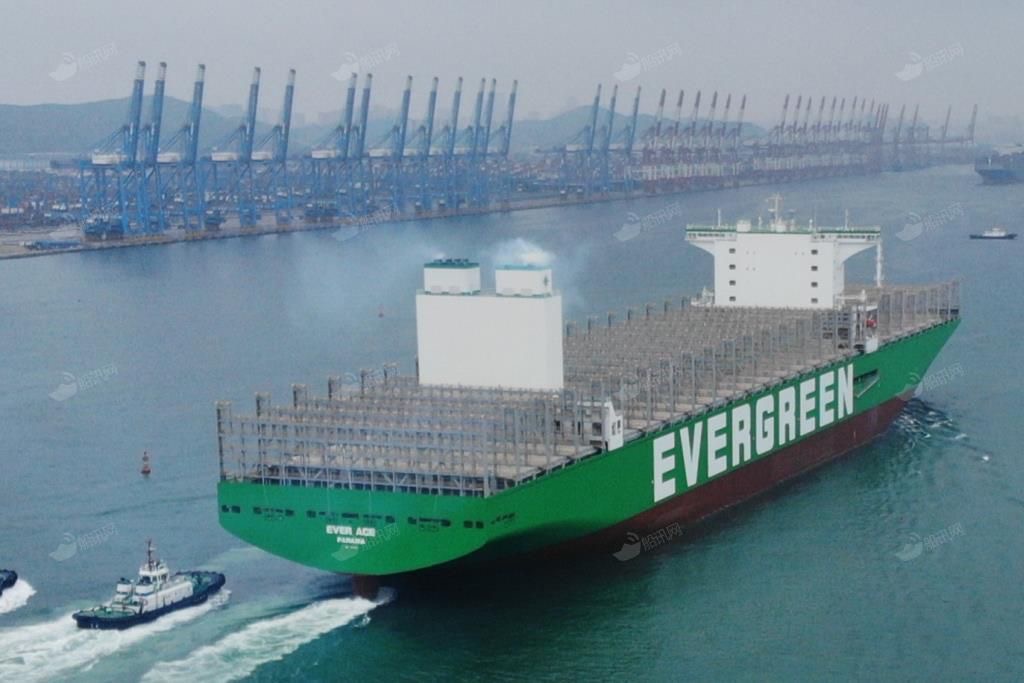 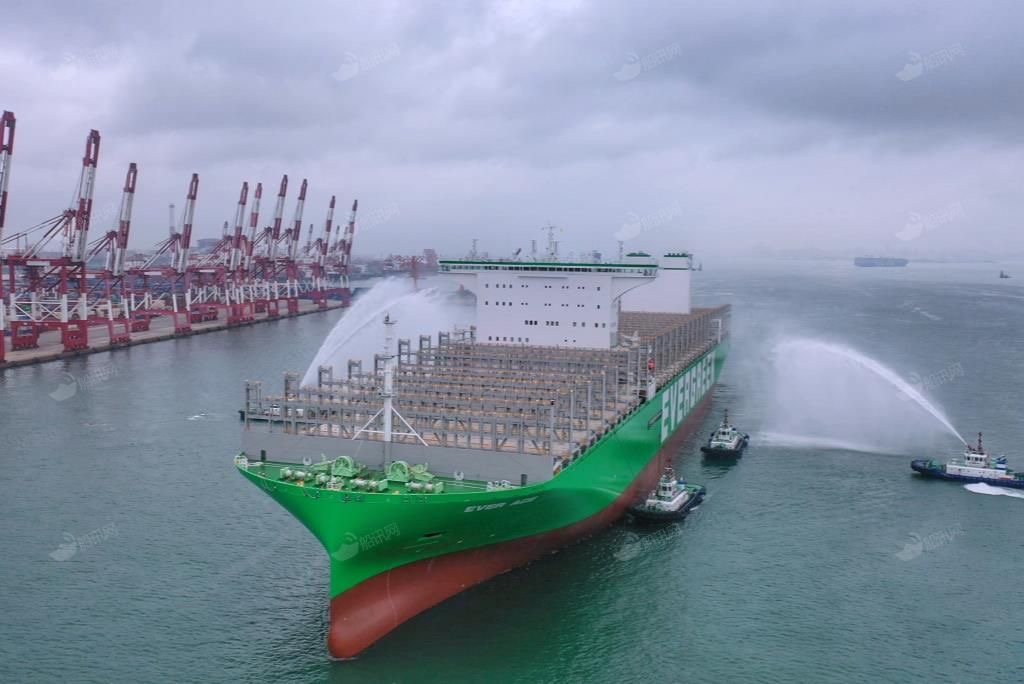 After the delivery of "Ever Ace", it is expected that Evergreen Marine will usher in another three class A container ships this year. All the four new ships will be put into operation on the European line and successfully catch up with the high freight rate era of the European line.