London has every opportunity to strengthen its maritime position worldwide, but the UK Government needs to look at ways to attract back the ship owners, says Nikolas Tsakos 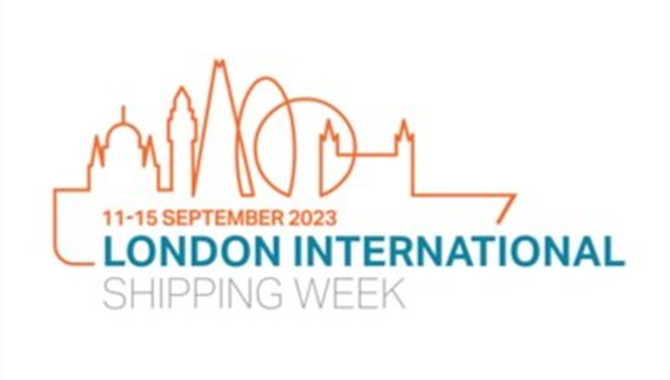 Tsakos Energy Navigation celebrating 30 years as a public company, is named as lead sponsor of the LISW23 Headline Conference. The Plenary Hall of the International Maritime Organization (IMO) will once again host the LISW23 Headline Conference.
LONDON is to maritime financial services what Greece is to vessel ownership and operations, and can very easily become the Singapore on the Thames, certainly as far as Europe is concerned, through the strength of its institutions and its insurance, legal and shipbroking expertise, according to Nikolas Tsakos, Founder, President and Chief Executive Officer of TEN Ltd.
But while London is acknowledged as the number one centre for global maritime financial and commercial services, the UK Government has a great opportunity to look at what is needed to attract back those international shipowners, Greek and otherwise, who have left the UK for other centres such as Monaco and Switzerland, he said.
Announcing that TEN (Tsakos Energy Navigation) will be the lead sponsor of the LISW23 Headline Conference that will be held in the Plenary Hall of the International Maritime Organization (IMO) on Wednesday September 13, 2023, Dr Tsakos said the UK Government could use LISW23 week to announce legislation that would open-up London to the global shipping industry.
“London is a still a very important commercial shipping hub, but it needs to work hard to preserve this status. It would be nice to see the UK Government use the LISW23 week to announce new incentives to encourage companies to relocate and start investing in London. The benefits associated with growing London’s role as a very important financial and commercial shipping centre are far stronger that any tax receipts that the government might forego.
“The benefits associated with growing London’s role as a world leading commercial and financial shipping centre would be an enormous value to the country’s maritime P+L,” he stressed.
Sean Moloney, Director of Shipping Innovation and co-founder of LISW, said LISW23 ‘conference day’ on the 13th of September next year, would be a day to remember for those seeking blue sky thinking from the best speakers in the world of international business and shipping.
“Welcoming a shipowning personality as important as Nikolas Tsakos, Chairman Emeritus of INTERTANKO, into the LISW family also underlines the importance shipping places on LISW as the must-attend global maritime event.
“As a thought leader in his maritime sphere, it is completely fitting that TEN, which will be celebrating its 30th anniversary next year as a public company, has come onboard as sponsor of the headline conference. Dr Tsakos is a highly valued member of the LISW23 Board of Advisors, as he was in LISW19 and LISW21, and we look forward to his full participation during this exciting week,” he said.