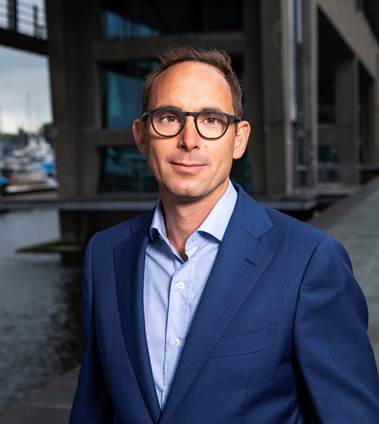 C-Job Naval Architects, the international independent ship design and engineering company, today announced changes to its Executive Team. The changes to the leadership team are in support of the company's mission to drive the global maritime industry towards sustainability by dedication and ingenuity.

Further appointments to the executive team include Jeroen Liesveld as Chief Operational Officer. Mr. Liesveld has been with the company since 2010 and has served in various roles. Finally, Wouter den Boer recently joined C-Job as Chief Commercial Officer. Mr den Boer joins the company from Huisman Equipment where he served in various commercial roles.

Job Volwater says: “In the 15 years since Basjan and I founded the company, C-Job has been driving change. Taking on these new roles will allow for new insights and a refreshed outlook for Basjan and myself. Together with these appointments, I believe we have the right leadership team in place to continue building towards a sustainable maritime industry. Together with our clients, we will realize our ambitious goals to develop decarbonized high-performance ships.”