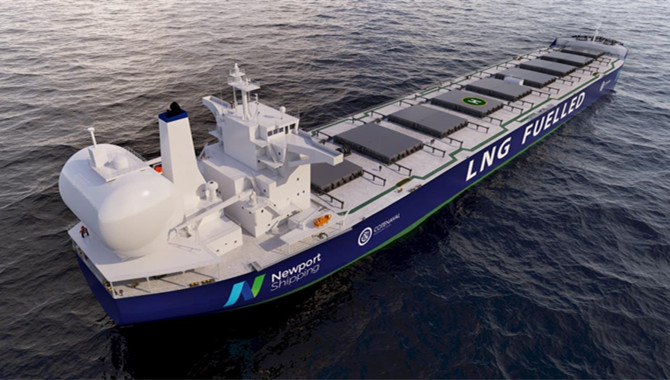 Environmental compliance will determine winners and losers in future as stringent emissions requirements shift goalposts for shipowners
How will the energy transition change the shipping business? What are the new rules that will determine the commercial viability of ship operations in future? How can existing vessels be adapted at minimal cost to reduce greenhouse gas emissions? And which alternative fuel is most commercially viable to meet the need for decarbonisation?
These are among the myriad questions facing shipowners as they seek to navigate a new market reality dictated by an array of environmental regulations and reporting requirements that will have serious implications for their fleet operations going forward.
Much of the current global fleet of more than 100,000 cargo vessels will require retrofitting to meet targets for CO2 emissions - and shipowners that fail to act risk falling behind, or even losing their licence to trade, as compliance with these rules will be a rite of passage in future.
Having the necessary knowledge to make informed and correct decisions on upgrading fleets to conform with new regulations will be crucial to determining the winners and losers under the green shipping regime.
Playing field shift
The IMO requirement to halve CO2 emissions from international shipping from 2008 levels by 2050, as well as cut carbon intensity by at least 40% within 2030 and 70% by 2050 from the same benchmark, has shifted the operational paradigm for shipowners.
Previously they have focused on speed of delivery to minimise cost for charterers, at the expense of burning high volumes of pollutive diesel fuel, but will now be required to run their ships with as low emissions as possible, while still remaining competitive.
The IMO's greenhouse gas strategy, issued in 2018, is due for revision in 2023 and this could result in even more stringent targets.
The industry must also relate to regional regulations, with shipping required to clean up its act under the EU's Green Deal for a carbon-neutral Europe by 2050, as well as national net-zero emissions targets.
The EU has also imposed mandatory emissions reporting requirements on shipping, while the new Energy Efficiency Existing Ship Index (EEXI) will require all existing cargo vessels to meet stricter class limits on emissions for annual surveys performed from 1 January 2023.
In addition, an enhanced Ship Energy Efficiency Management Plan (SEEMP), which would set a mandatory carbon intensity indicator target for existing ships in order to meet the 2030 target, is presently under consideration by maritime authorities and could be adopted this summer.
These regulatory measures have accelerated the push for alternative fuels and power systems that has gathered momentum since the adoption last year of the IMO's so-called sulphur cap to cut SOx emissions from ship emissions to 0.50% mass-by-mass, making other fuels more cost-competitive.

Competitive differentiator
Furthermore, there is growing market demand for environment-friendly operations as companies and the public sector seek to ‘green’ their value chains to reduce their carbon footprint, driven by consumer preferences as well as pressure from investors, NGOs, politicians and the general public.
This is exemplified by the Poseidon Principles, a framework pact signed by major shipping banks to align ship finance portfolios with climate compliance.
Consequently, shipowners will be accountable to a range of stakeholders - charterers, finance institutions, ports and regulators - in regard to emissions, and a vessel's greenhouse gas performance will be a major differentiating factor in competition for charter contracts.
Given these regulatory and market drivers, increased uptake of alternative low-carbon and carbon-neutral fuels is seen as the primary method to meet emissions goals for shipping, along with measures such as retrofitting of scrubbers, waste-heat recovery systems, propulsion improvement devices and use of digitalisation to optimise fuel consumption.
Liquefied natural gas is widely seen as the most viable solution in the near term as LNG is a low-emission fossil fuel that can reduce emissions by between 20% and 30% compared with very low-sulphur fuel oil presently used on most ships, even without any other modifications to a vessel.
LNG also fulfills the key criteria for shipping fuel - there is an abundant resource, it is widely available through an existing bunkering network and is relatively affordable.

Natural retrofit
While the number of LNG-fuelled ships is on the rise, it still accounts for only a fraction of the global fleet - with about 175 such vessels presently on the water - and there have been few LNG retrofits to date as shipowners hedge their bets on the best alternative fuel option.
Managing Director of UK-based ship repair and retrofitting group Newport Shipping, Lianghui Xia, says “retrofitting all the vessels currently at sea with greener technology is paramount if we want to attain the scale of emissions-cutting that is required”.
However, technologies for zero-carbon fuels such as hydrogen, ammonia and methanol remain in gestation and may not reach commercial realisation until the next decade.
Xia therefore sees LNG modification technology as “a credible and achievable mid-term solution” to meet the 2030 emissions target, with Newport Shipping touting a low-cost LNG retrofit concept requiring minimal modifications to a ship that has recently gained approval-in-principle from DNV.
But with only a few years before emissions requirements take effect, shipowners are running out of time to future-proof their fleets.