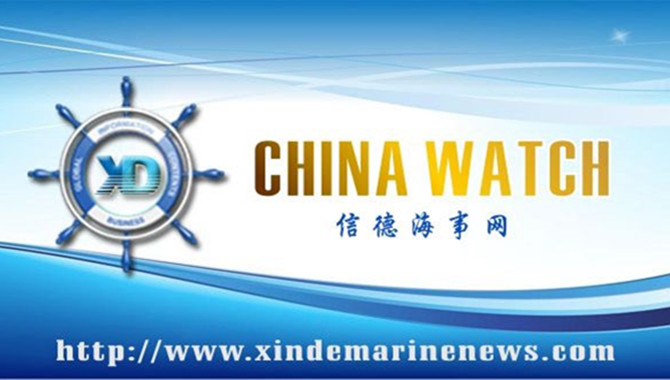 1.China's second -- and the first domestically built -- research icebreaker, Xuelong 2, set sail on Wednesday from its homeport in Shanghai for its first Arctic expedition.

5.China's Maritime Safety Administration on Wednesday signed a deal with the country's state-owned shipbuilder to cooperate in sectors of smart ships and maritime environmental protection.