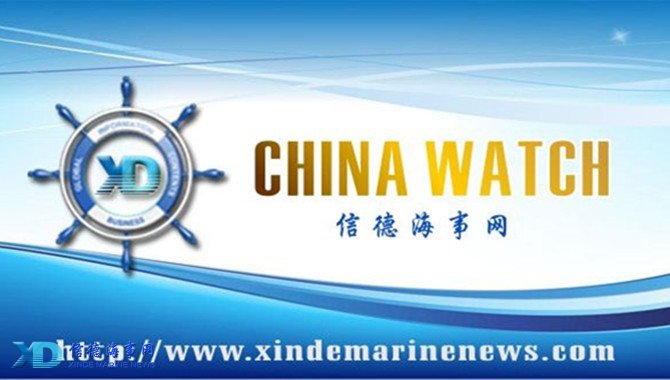 1.China's LNG price jumped by 11.1% from ten days ago to 4321.7 yuan/t ($633.5/t) over July 11-20, showed data from the National Bureau of Statistics (NBS) on July 24.
2.General Electric (China) signed a memorandum of cooperation with Guangzhou Development District on July 19 to set up the first offshore wind power operation and development center in the Asia Pacific region.
3.Year-on-year growth of Zhuhai Port Holdings Group ship container and cargo throughput exceeded 47.56 percent and 36.22 percent respectively last year, leading mega ports in growth nationwide, according to a survey just released by the China Ports & Harbors Association.
4.COSCO issued Customer advisory on network breakdown within America Regions on 25 July. The business operations in the affected regions are still being carried out, and they are trying best to make a full and quick recovery.
5.Evergas is very pleased to announce that the first 85.000cbm VLEC was successfully undocked in China and will be delivered in the first quarter of 2019.
6.Genting Cruise Lines has signed on as a platinum sponsor of China Cruise Shipping 13 (CCS), organized by the China Cruise and Yacht Industry Association (CCYIA) and scheduled to take place in Shenzhen, Nov. 1-3.The two parties recently signed the deal, which calls for both groups to jointly promote the development of China’a cruise industry.
7.The total value of Yantai's imports and exports reached 140.3 billion yuan ($21.9 billion) in the first six months of 2018, placing it second in Shandong province, according to statistics from Yantai Customs.
8.China National Petroleum Corp (CNPC) said on July 25 it will spend more than 150 billion yuan ($22 billion) by 2020 to boost oil and gas output in the western region of Xinjiang, to offset falling output from ageing fields in northeast China.
XINDE MARINE NEWS editor：Anita