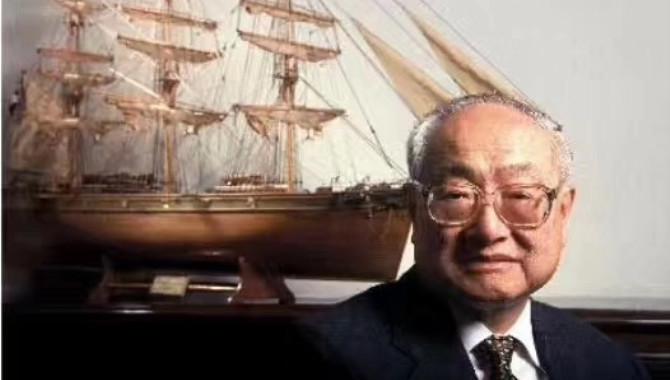 Tan Sri Frank Tsao Wen King,One of the top five Chinese-owned shipowners in Hong Kong, former chairman of the Hong Kong Shipowners Association and founder of IMC Group,died in Singapore at 2:20 pm yesterday, at the age of 95.
Tan Sri Frank Tsao is a much respected and acclaimed veteran in the shipping industry. Mr Tsao started his career working in family-owned companies engaged in banking, transportation and international trade in Shanghai. He then ventured into shipping companies in Hong Kong, co-founding Great Southern Steamship Co. Ltd in 1949. In 1966, he established International Maritime Carriers (IMC) Ltd. in Hong Kong as a shipping company. It eventually grew into a substantial enterprise with ships transporting a wide range of commodities worldwide.
Born in Shanghai in 1925, Mr Tsao is a graduate of Shanghai’s St. John’s University, He remains in close touch with his Chinese roots and is actively involved in developments in China. Mr Tsao donates to universities for the advancement of maritime education, training and research. He nurtures maritime talent through university scholarships in Dalian, Hong Kong, Qingdao, Shanghai and Zhoushan, and provides the financial resources for its academics and the maritime community. In 2006, the Dalian Provincial Government awarded him the title of “Honorary Citizen” in recognition of his support to its economy.
Throughout his long and illustrious career, Mr Tsao has played a pivotal role in shaping the growth of the maritime industry and in promoting maritime education and research in Asia. In Malaysia, he partnered the Malaysian Government in 1968 to help establish her first national shipping line – the Malaysian International Shipping Corporation Bhd. In 1973, His Majesty, the Yang di-Pertuan Agong (the Bahasa Malaysia term for “King”) of Malaysia conferred upon Mr Tsao the title of “Tan Sri” in recognition of his many contributions to the country, including the assistance he provided and his investment in Malaysia’s first shipyard, her first seamen’s training institute and the modernisation of her maritime legal framework.
In 2005, Mr Tsao helped to establish the Centre for Maritime Studies at the National University of Singapore (NUS) and sits on the Board of Directors as Chairman. In 2007, he played a key role in establishing the permanent secretariat of the Asian Shipowners Forum (ASF) in Singapore.