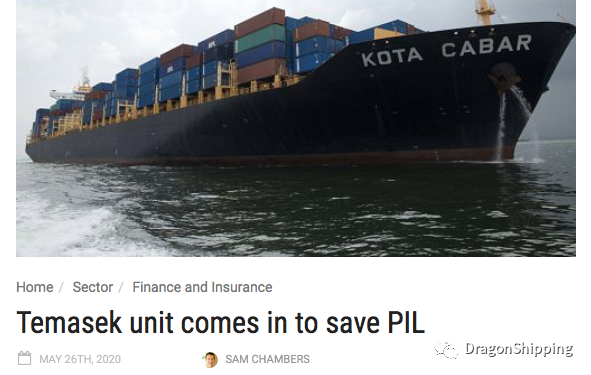 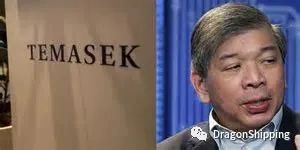 It is a wholly owned subsidiary of Temasek Holdings.

The Funds under our management are

●A fund of funds 基金的基金

After rumors of financial woes at Singapore-based PIL, the family-owned shipping company now presents a plan for how it intends to reform its lending agreements. The state of Singapore could become a new investor. 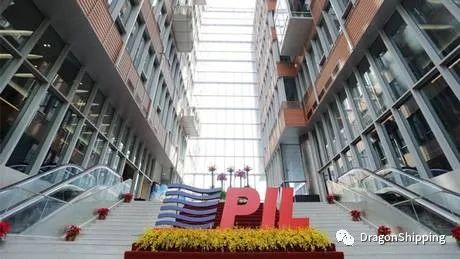 Strained Singapore-based shipping company Pacific International Lines (PIL), owned by the Teo family, is working to improve its loan agreements and bring a new investor into its ownership circle, reveals a statementsubmitted to the stock exchange in Singapore.

The shipping company now informs that it has already carried out several initiatives aimed at improving the company's financials, among these changes to the company's service offerings. However, these initiatives were not sufficient due to the additional effects caused by the coronavirus crisis. 尽管太平船务已经做了很多调整，但是远远不够，再加上新冠肺炎的影响。

The container line is now negotiating with 15 of its lenders to change loan agreements. According to the statement, lenders representing 97 percent of the company's debt have already given their in-principle approval on a deal with the shipping company to postpone repayment of loans and interest until Dec. 31 this year.

Two lenders have yet to approve the deal, including one that submitted a claim for repayment totaling USD 12.6 million on May 11 to be paid within ten business days.

In addition to negotiating with its lenders, PIL is also working to bring in an additional investor. In this connection, the shipping company has entered a six-month exclusivity deal with Heliconia Capital Management （淡马锡全资资产管理公司）to examine a potential investment.

If the parties come to an agreement, it is in fact the state of Singapore that will be joining as investor, as Heliconia Capital Management is owned by Temasek, one of the largest equity funds in the world, which is owned by Singapore.

A few months ago, it emerged that container supplier Singamas Container Holdings was in negotiations with PIL to reach a repayment agreement.

"The Company understands that the PIL Group is discussing with its other creditors for similar arrangements amid the challenging market conditions and recent global impact by COVID-19, the discussion is progressing well with good supports from the creditors," wrote Singamas in a statement at the time.

Singamas has PIL as a major stakeholder.

Privately held PIL, owned by the family of MD Teo Siong Seng, has admitted to being under financial strain amid the Covid-19 pandemic.

PIL is understood to have fallen behind on charter hire payments to its tonnage providers, which include Japanese ship owners. In recent months, PIL has taken steps to improve...

To respond to the rumors such as ‘PIL is applying bankruptcy protection’, the company officially releases this statement.

1)   The rumors are fabricated and groundless;

2)   The company reserves the right to take legal actions to those who fabricate and spread the false information;

3)   As a good shipping and logistics company with a history of 53 years, PIL has been listed as the 10th largest liner company, and its offices in China have been open and in operation since 10th March 2020 and the company is working hard to get back the business.

4)   The company, strategically, will allocate resources and integrate its business seizing all opportunities brought by One Belt One Road Initiative to develop Asia, Middle East, Africa and South America business and strength its competitiveness on South/North services .

5)   On the other hand, the company has been taking social responsibilities by helping to deliver counter virus materials globally. Its subsidiary, Singamas, invented the first mobile container virus test lab and mobile CT test and donated 50 labs to the frontline medics;

If you want the precise statement, please read the Chinese version as attached. 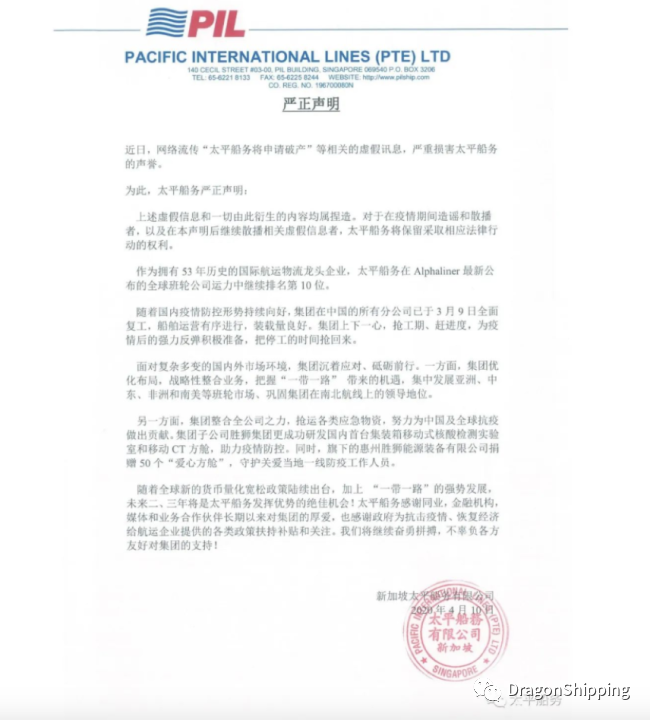 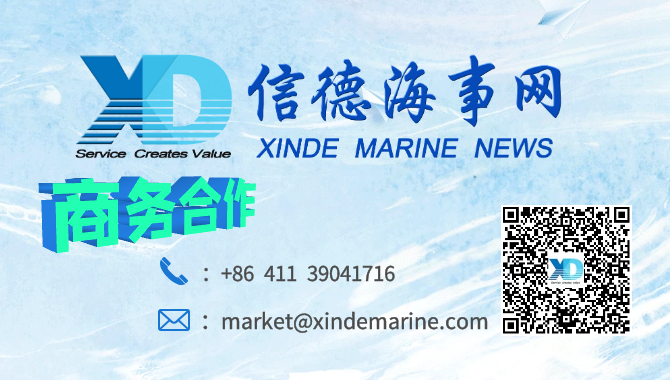