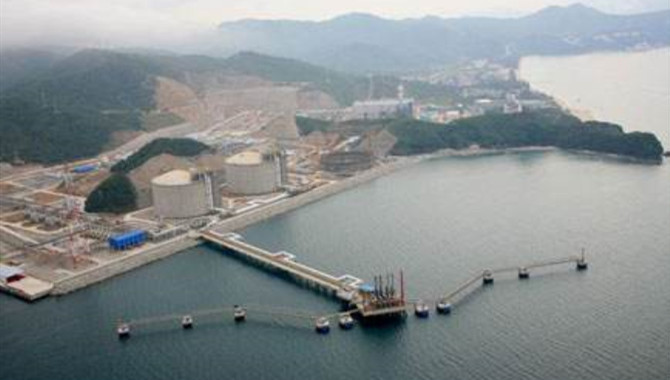 Taian's 600,000-ton liquefied natural gas (LNG) equipment localization project, the largest domestic LNG project in China, began operating in Daiyue district on April 20.
The LNG project, which is being carried out by China National Petroleum Corporation, is China's first large-scale natural gas liquefaction project using independent technology and domestic equipment for its construction.
The project will have a daily processing capacity of 2.6 million cubic meters of natural gas and be able to provide 600,000 tons of LNG every year.
China National Petroleum will use the project to build upon its plans to construct over 35 surrounding gas stations and eight gas stations in the expressway service area. In addition, seven gas stations will be built in ports throughout Shandong province to alleviate loads on surrounding areas during busy seasons and better control prices.
As the only inland provincial-level LNG reserve base in Shandong province, it will work to improve gas storage and peak shaving techniques and ensure a safe and stable gas supply throughout the province.
Source:Chinadaily