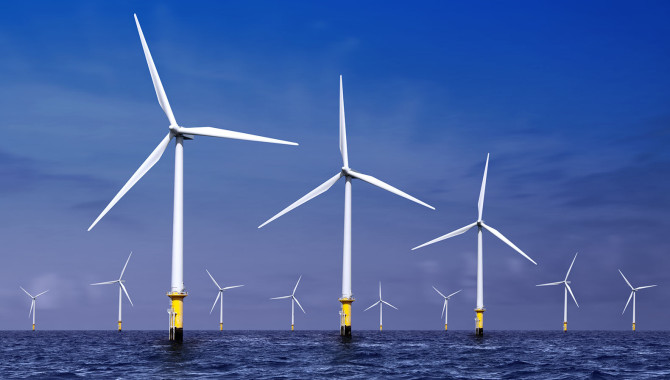 Offshore wind sites could provide more than enough clean energy to satisfy the world's electricity needs, said a report by the International Energy Agency (IEA).
The Paris-based energy watchdog said that the falling costs of offshore wind would make it competitive with fossil energy within the next decade.
Analysts at the IEA said that if windfarms were erected across all the useable sites which were no further than 60km (37 miles) off the coast, and where coastal waters were no deeper than 60 meters, they could generate 36,000 terrawatt hours of renewable electricity a year.
It was also predicted that offshore wind would grow to become a 15-fold to emerge as a $1trn (£780bn) industry over the next 20 years and prove to be the next great energy revolution.
The next generation of floating turbines could generate enough energy to meet the world's total electricity demand 11 times over in 2040, the IEA estimated.
In China, the growth of offshore wind was likely to be even more rapid, IEA said.
Its offshore wind capacity was forecast to grow from 4 gigawatts to 110 gigawatts by 2040 or 170 gigawatts if it adopted tougher climate targets.
Source:sxcoal