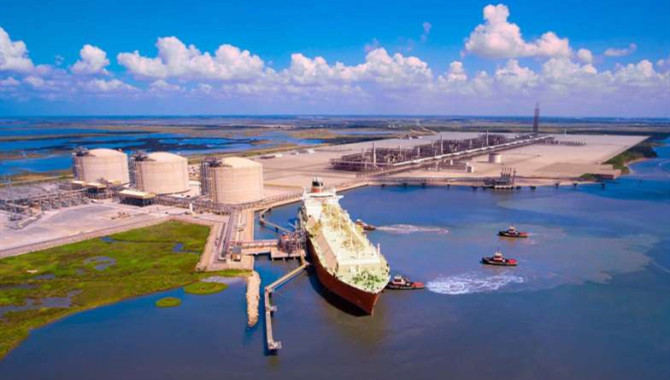 The first phase of a Liquefied Natural Gas (LNG) project has been put into operation in the shale gas field of Fuling, southwestern province-level municipality of Chongqing, Chongqing's local media reported.
The project is built in three phases, with a total investment of 1.5 billion yuan. It mainly works on purification of shale gas produced in the gas field and liquefaction at a temperature of minus 162 degrees Celsius to make it easy for storage and transport.
Upon completion, the project can handle 3 million cu m of shale gas per day. Currently, the phase I has had a daily handling capacity of 1 million cu m.
As the first large-scale commercial shale gas field, Fuling has a vast reserve of the clean energy. By far a 600.8 billion cu m (bcm) has been proven in the area.
In March 2014, Sinopec announced to take on commercial development on this gas field, which was only six months after the gas field gained approval to become the national level trial zone, making China the first country of shale gas commercialization behind North America.
With a total proved reserves of 900 bcm, China has a huge potential of shale gas commercial operation. The country is aimed to raise the annual production to 30 bcm by 2020, with an annualized growth rate of 48.8% during 2017-20.
Source:sxcoal