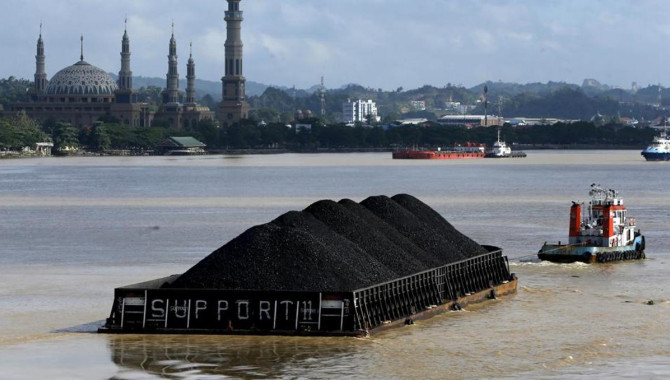 China’s coal imports are likely to show an impressive bounce in January after customs delays crimped December clearances, but questions remain as to the outlook for 2020 as a whole.
December imports were just 2.27 million tonnes, according to customs data released on Jan. 14, taking the full year figure to 299.7 million tonnes, up 6.3% from 2018.
It’s clear that most cargoes that arrived in December weren’t cleared by customs, most likely as part of efforts to limit growth in annual coal imports.
Without setting a formal target, the message from officials in Beijing to the coal industry had been that they wanted 2019 imports to be much the same as the 2018’s 281.2 million tonnes.
While 2019’s imports were 18.5 million tonnes higher, the slowing of clearances in December did mean the total for the year stayed below the big round figure of 300 million tonnes.
Nonetheless, coal imports were the highest since a record 327.2 million tonnes in 2013.
With cargoes being held up in December, it’s likely that January’s imports will see a surge, assuming much of the backlog is cleared.
About 20.2 million tonnes of coal arrived at Chinese ports in December, according to vessel-tracking and port data compiled by Refinitiv.
Given that only 2.27 million tonnes were cleared by customs, around 18 million tonnes from December still likely need to be processed this month.
There may even be more given that the Refinitiv data is for seaborne arrivals only, and excludes overland imports from neighbouring countries such as Mongolia.
Seaborne arrivals for the first 19 days of January were around 13.5 million tonnes, according to Refinitiv, meaning there is potential for January to show a significant surge in official imports.
It’s likely the backlog will be cleared over the first quarter, rather than all at once, but the risk is that China’s official coal imports show strength in the first three months of the year.
IMPORTS TO SLOW?
This doesn’t mean China’s coal imports will inevitably show growth for 2020 as a whole, and there are several factors that suggest they may not.
The first is that official guidance is likely to be for utilities and traders to show restraint, especially for thermal coal imports used for power generation.
The authorities generally prefer utilities to use domestic coal, and local production has been trending higher. Output reached 331.7 million tonnes in December, up 2.4% on the same month of 2018, while full-year production in 2019 was 3.75 billion tonnes, up 4.2% from 2018.
It’s likely China will also try to increase the use of cleaner fuels and renewable energy to limit pollution and be seen to be doing more to combat climate change.
This should result in more natural gas being used in boilers for residential heating, as well as for industrial uses such as making cement, ceramics and fertilizers.
Then there is the role of seaborne prices versus domestic prices, with imports tending to grow when they are cheaper relative to domestic costs.
The main seaborne prices in Asia, however, have had a strong start to the year. The Argus weekly Newcastle index , benchmark for Australian thermal coal, rose to $69.59 a tonne in the week to Jan. 17, a third consecutive gain and the highest since late July 2019.
The Argus index for Indonesian 4,200 kilocalorie per kg coal , a benchmark for lower-quality fuel, rose to $35.08 a tonne in the week to Jan. 17, the highest since Nov. 1.
Rising seaborne prices may serve to erode competitiveness, although Chinese domestic prices have been gaining recently as well. SteelHome reported coal at the port of Qinhuangdao SH-QHA-TRMCOAL at 559 yuan ($81.60) a tonne on Jan. 17, up from a recent low of 547 yuan on Dec. 24.
At current seaborne prices, low-rank Indonesian coal will still find buyers in China, especially for blending with higher sulphur domestic coal, but Australian thermal supplies may be struggling to compete, once shipping and import taxes are taken into consideration.
Ultimately, the main determinant of China’s coal imports this year will be policy, and the question is just how seriously Beijing will try to enforce a cap on imports. This should become clearer by the second quarter.
Source:Reuters